Sadly the dream is over. Despite my “Last Throw” video, I was unable to stop the Ginger Ninja , Prof. Stephen Curry of Imperial College from prevailing over the Imaging Zone in I’m A Scientist. One twitter respondent described our deathmatch battle as being like Borg v McEnroe, which I took to be a complement either way. Another quipped “more like Borg v Picard”. I certainly did feel that resistance was futile at times. 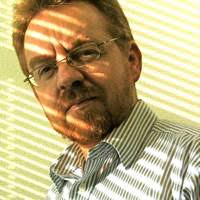 Right now, I’m looking forward to getting back to normality for a few hours before England take on Germany in the World Cup on Sunday. The heart can only take so much tension, and I need to prepare myself. I am really pleased that my Dad is visiting this weekend, and I hope he’s been following my progress (he certainly sent his support), as I feel that the event gave me the best opportunity to explain what I do to my family and friends from outside science. I got some really touching and spontaneous feedback from my wife, my sister and my brother (himself a top scientist and blues man) – this made me feel that the event wasn’t just about communicating with the students who were allocated to the imaging zone, but to a much wider audience. I also got a lot of support from my colleagues (although I dared not admit how much of my time it was taking up).

I got to hook up with three great colleagues from the same University who, I suspect, would never have met, much less found so much in common, but for this outstanding event. Here they are:

And guess what – Jo (Radio York’s Dr Jo) won her Zone, so no doubt we will all be able to bask in her glory when are exploits are recorded, as they surely must be, in the annals of York’s imaginatively-titled “Magazine”.

The organizers of I’m A Scientist (Sophia Collins, who literally deserves a medal for Services to Science Education) placed me in the Imaging Zone with four other scientists with quite different backgrounds. I felt I was really getting to know them pretty well, especially my competition in the last two days Marieke Navin, and Stephen Curry. Perhaps because Imaging means so many different things to different people, we dealt with a huge variety of fascinating questions – I think we did a really good job of answering these honestly and thoughtfully. But of course it was the students who submitted questions and contributed to chat room discussions provide the energy for the whole exercise.

Within a few minutes of the end of the contest I had received an email from the director of the York Neuroimaging Centre, Prof. Gary Green, encouraging me to find a way to make my “scan your teacher” day a reality. Through twitter I was contacted with the same idea by Shane McCracken, who heads up the team at Gallomanor Productions who helped devise the format and who create and run the contest for the Wellcome Trust. A few moments later, through the IAS site itself I was contacted by Mr Hannard – one of the top teachers I alluded to in an earlier post: he’s keen to be involved. So it looks very much as if “Scan Your Teacher” will actually happen, despite the best efforts of the Imperial forces ranged against us. As Obi Wan Kenobi said: “You can’t win, Darth. If you strike me down, I shall become more powerful than you could possibly imagine”.

In closing I bring you a video recorded back in 1999 while I was a postdoc at UCL. It didn’t act as the talisman I had hoped in I’m A Scientist, but perhaps it is not too late for England at the weekend?

Neuroscientist and University Lecturer in Psychology View all posts by tomhartley